Sup Yoga!
What is Sup Yoga? It’s Yoga on a surf- or so-called- Sup Board! In the sea. I came accross this activity recently and was keen to give it a try. Windsurf La Herradura is offering Sup Yoga sessions three times a week, at 9 am, it’s 15euros and weather permitting. Here I went on a summer morning in July 2021

The sun was shining. And I was hoping for a calm sea.
My alarm clock was set to 7 am, which is not my time. But – again – I can be quite excited and jumping out of bed if something nice is coming up. At the beach in La Herradura at 8.30 am – it’s quiet and peaceful. The little village was just waking up. La Herradura is “the smaller sister to Almuñecar. A hidden horse-shoe-shaped paradise”, like a friend was telling me, thanks to Debbie Skyrme. Actually, La Herradura is stunning. A bay, surrounded by nature and not too many tall buildings. Crystal clear water, you see lots of fishes swimming.

So Sup Yoga. For Sup Yoga inflatable boards are used, they are smoother. In comparison, if you do Stand-up Paddle hard boards are used as they are more stable on the sea. Ah! That’s why I went wet several times!

But first I was explained how to kneel on the board, stand up and how to paddle, or canoe. Off I went, on the board, stood up and…… splash! Straight into the sea. “Good morning”, my teacher was saying \ud83d\ude09 OK, up again – I felt a bit like a sea lion, you know, the big chunky animals in the water when crawling back on the board. I decided to kneel and paddle to the Yoga, which was easy and enjoyable.

About 20 meters off the beach they put a rope between two buoys where we clicked the Sup boards and stowed the paddles. Now the Yoga started. The first 10 minutes was just relaxation. Laying on the board. Listening to the sound of the waves. Feeling the movement of the water.

The Yoga teacher Maru from @fisioyogalaherradura taught in English and Spanish, the session was gentle and according to abilities. I must admit my balance is not good, never was, like I noticed already on my Canyoning adventure. Hence I did not manage to stand up. But that doesn’t matter, because many Yoga positions are on the floor (aka board) and on all 4 anyway such as Down Dog, Plank, and Cobra. Whenever I tried to stand up, I(t) went wet.

I absolutely loved this morning’s Sup Yoga session. Yoga on the sea calms you much more than being in a studio. The movement of the water. The smell of the ocean. Watching the fish. And listening to the splish-splash of the waves against the boards is just paradise. After an hour back on the beach, I was full of positive vibes and energy.

I highly recommend this to anybody who likes water and a few gymnastics. Windsurf La Herradura is a family business in the second generation! Started in 1979 (!) the founder – a dutch guy – is still around, but now his daughters are running the place and the 2 shops: one shop in La Herradura, the other shop in Marina del Este, the small yacht harbor is a place to visit anyway. Support your local! 10 out of 10 stars!

Tipp: if you are interested and have a group together they come to your place with the boards and teacher Maru! 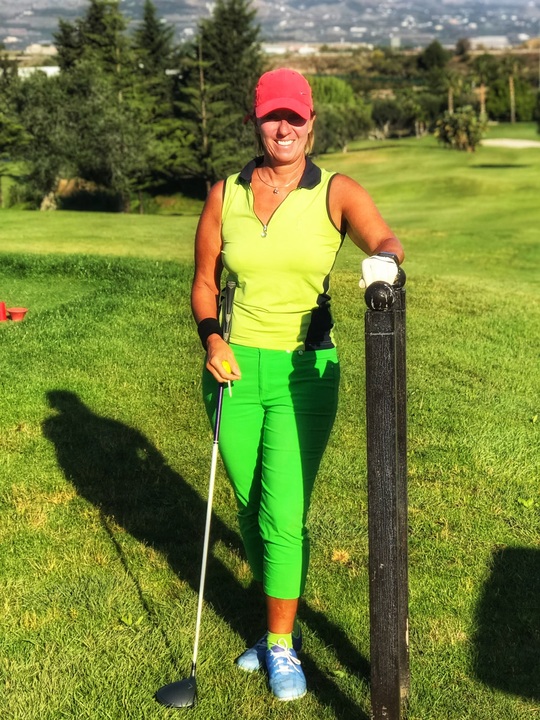