IAM actually astonished, yes mouth wide open! How far are we the people going to allow this pantomime to go on? AND ignore our Human Rights?

After we discovered the atrocities that happened during the Second World War, we wondered how such horrific injustice could take place and why nobody had stopped it from happening at the time, and we all agreed not to let this happen again!

Let me tell you, many did say something, very similar to our situation now, as my friends and myself… the sensitives and truth seekers continue to share what is happening behind the curtain, in particular about the agenda for total domination by the few since the beginning of time, continuing to be played out now. But not many believed them, just like not many believe us now!

Apparently too many people today remain unaware of The Nuremberg Principals and the Council of Europe that were brought into practice after the war, in order to save we the people from future leaders repeating such treachery! I did write about it before in my post Are YOU Aware of YOUR Sovereign Human rights, and I feel it’s time again to mention it again.

AND of course I must mention the fundamental truths of Human liberty proclaimed in the Declaration of Independence on July 1776 in USA. The linked final document issued by the President’s advisory 1776 Commission is a great read and it is for each to discern the truth for themself.

So the few; team dark, continue to play the game, manipulating society using the deadly v i r u s and v a c c i n e to control and enslave the population. To dumb down, once and for all the Human being. To de-humanise Humanity, taking away not only our ability to connect with our mind and emotions, but our spirit, leaving us quite robotic and having no choice but to serve the dark force… that is, if we survive the horrific side affects (which seem to affect people who’s vibration is very low, from already being in a state of deep depression, hopelessness, powerlessness and chronic disease).

More and more professional people are stepping forward and evidence is surfacing for truth seekers to see and feel deep in the World Wide Web. However it is for each person to explore and discover the truth for themself! To see it, feel it, discern it and know what is true for them, which will always inspire right choice and next step.

As we must remember, we all have our unique mission to play out and what is good for one might not be good for another. Each person must discern information for themself and know without a doubt what is in their own best interest.

You will have noticed by now how MSM, Youtube, Facebook, Twitter and Google are all censoring the truth and therefore a lot of information is being uploaded directly to freedom platforms, such as bitchute.com, rumble.com and telegram… to name a few I have found. I’ve made myself a telegram channel where I post all sorts of truth articles I’ve found that are worth the read and discernment. Have you found any other platforms who are pro freedom… let me know in the comments, thankyou.

Below is an example of a recent talk I came across from Dr Sherri Tenpenny regarding the affects of the liquid being pushed on society, they say will keep us safe.

I recently found this article written by freewestmedia about a recent resolution made by the Council of Europe, an organization of European countries that seek to protect democracy and human rights and to promote European unity by fostering cooperation on legal, cultural, and social issues.

‘On 27 January, the Council of Europe signed Resolution 2361, which states that vaccinations in EU Member States should not be mandatory. Furthermore, persons who have not been vaccinated may not be discriminated against in any way. This effectively stops the notion of “vaccine passports”.

The resolution goes so far as to order member states such as Sweden to actively inform citizens of these rights. The resolution has been ignored by mainstream politicians and the media. Many citizens have been worried about whether the untested vaccines will be mandatory, since it has already been proposed in several countries.

In Sweden, however, it has not been, because of a law which prohibits involuntary medical interventions. But despite this law, governments could exert such strong pressure on their populations, that it could become almost impossible to live without being exposed to this experimental jab.In Denmark, a vaccine passport could soon be required to gain access to malls, sports events and other public places, public transport or travel abroad.

Happily, the Council of Europe is now putting a firm stop to these plans, since involuntary medical experiments are prohibited by the Nuremberg Convention. The Council of Europe is an intergovernmental European cooperation organization with 47 Member States, which, despite its name and the same flag, is separate from the EU. Its resolutions are not legally binding, but recommendations to Member States are almost always complied with. For example, as recently as November last year, the government proposed that Sweden’s laws be amended as a result of the Council of Europe’s convention on cybercrime.

The resolution on forced vaccination briefly describes the problems caused by the Covid-19 pandemic with the resulting unemployment, economic downturn and poverty. It also points out that there is a certain distrust among the European population regarding a forced vaccination programme. The resolution contains various recommendations for how to achieve a large vaccine intake, but also something unexpected – namely clear provisions for it.

Point 7.3 of the resolution obliges all Member States to ensure that citizens are informed that Covid vaccinations are NOT (the only word written in capital letters throughout the resolution) mandatory and that no one is politically, socially or otherwise pressured to be vaccinated.

Secondly – at least as important – Member States must ensure that no one is discriminated against for not being vaccinated because of possible health risks or because the person simply does not want to be vaccinated. The latter is particularly interesting given the current propaganda of vaccination passports by the system media and several European governments, which they claim is necessary.

The Swedish government announced on February 4 that it has decided to introduce a digital vaccine certificate that will be ready by the summer. But what is it then to be used for, if it becomes illegal to discriminate against someone who does not have it? When the Swedish government summarized the most important things from the Council of Europe’s winter session on its website on 29 January, this was not mentioned – by far the most important in the entire resolution – in a single word.

It is not difficult to understand why, given the unprecedented propaganda for mass vaccinations from the Swedish government and not least the system media, which is inflated to levels not previously seen even during wartime. In Germany, Bavaria’s Prime Minister Söder (CSU) is similarly pushing for compulsory vaccinations for certain professional groups, for example in nursing. And he has even called on the German Ethics Council to help him in this effort. There have in fact been rumours that Söder has been receiving kickbacks from pharmaceutical companies.

According to the Nuremberg Convention, experimental vaccines can be seen as an experiment on the population. In the case of ModeRNA’s and Pfizer’s mRNA jabs, they have never been previously tested.The Convention consists of ten points and the first stipulates: The voluntary consent of the human subject is absolutely necessary. But the question remains: Is it really voluntary if you are not allowed to work, send the children to school, travel or even visit the mall if you do not submit to the experimental vaccines?

The fifth point states: No experiment should be performed where there is reason to believe that death or disabling injury will occur. Countless health and control authorities in several countries stated how they expected this to happen on a fairly large scale.

Deaths and serious vaccine injuries have already been listed as a result of the vaccinations, including at the US Public Health Agency CDC. Readers should download the information on their smartphone to have on hand whenever it becomes necessary to remind government officials of the Council of Europe’s guidelines.

Council of Europe Resolution 2361 on vaccines: 7.3 with respect to ensuring high vaccine uptake: 7.3.1 ensure that citizens are informed that the vaccination is NOT mandatory and that no one is politically, socially, or otherwise pressured to get themselves vaccinated, if they do not wish to do so themselves; 7.3.2 ensure that no one is discriminated against for not having been vaccinated, due to possible health risks or not wanting to be vaccinated.’ https://pace.coe.int/en/files/29004/html

All rights reserved. You have permission to quote freely from the articles provided that the source (www.freewestmedia.com) is given.

How are YOU choosing to live YOUR life?

The European governments continue to talk about creating v a c c i n a t i o n passports to separate and isolate the ones who choose to trust their own conscious immune system. Unfortunately more and more of my friends and family are trusting our leaders and can’t wait to take the v a c c i n e to be able to travel and get back to normal!

I sense history repeating itself for many… but my future will be different, as I focus on loving myself, keeping my vibration high and shining my light, receiving my grand dream of experiencing a harmonious NewEarth, right here, right now.

You can join me in my recent live video… going on an inner journey together and sharing our light… Loving YOURSELF like no other.

Connect with me through my social media, linked here: Linktree 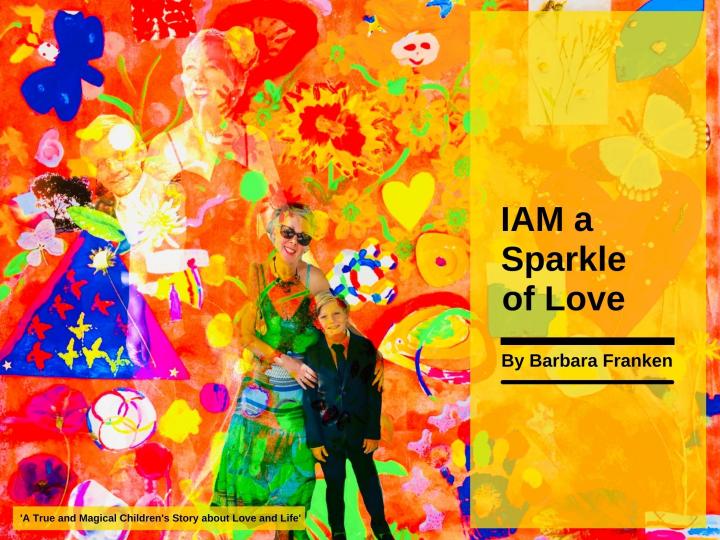 A True Magical Children’s Story about Love and Life, available as an ebook for €4.19 More inform & link to purchase here.

A paperback and eBook is available from all Major online stores… Amazon and Apple.

I share my own magical journey, exploring Who I AM with the help of nine Elemental Beings and expand from a world of fear, struggle and limitation into a New Energy Consciousness of love, grace and freedom. It is in this loving space that I discover my Divine and ALL LOVING self and allow myself to integrate together as one Body Consciousness… a DivineHumanBeing… and Magnificent Master Creator who expresses and creates heart and soul passion on the physical plane and beyond..

Join my MasterCreator Class and emerge yourself in the celebration of life through dance, song, art, relaxed inner journeys and beyond everything known… preparing yourself for your NEW role on New Earth.

There is no time like the present moment to Sign Up and give YOURSELF this magnificent gift… More Info: MasterCreator Class

All the money raised from my books and classes go to my non-profit association The Magnificent Consciousness that holds free local Creative Art projects in Benalmadena, Spain.

2 thoughts on “Are Human Rights Not Important…”