Granada
The most beautiful Andalusian city.

Winter time is excursion and sightseeing time in Andalusia. We have been living here for almost two years now, and have not yet explored the most popular places. The last winter was too short, the summer too hot. But now we’re off, first city: Granada!

Granada is located 60 kilometers in the hinterland, far from the coast. An easily accessible city, with 300,000 inhabitants, and a mega attraction: the Alhambra! A World Heritage tourist magnet.

Since Unesco awarded the Alhambra the special designation in 1984, daily streams of visitors have been passing through the gardens, around the grounds and into the Nasrid Palace. Schools. Groups with guides, and individual tourists armed with an audio guide. Everything is planned, defined and organized.

Normal tickets cost 15 euros and should be purchased as soon as possible – preferably months in advance. On the Internet there are countless ticket pages, with guided tours, without guidance, with that…., without those……… we lost track and just bought tickets on the official Alhambra site. The audio guide is available on site for 6 euros but as always, you will get a lot out of having a human guide.

Did we like it? Well, in the grounds you can see many old stones, which show the foundations of former buildings. So you can see the floor plan of the former dwellings. Many gardens, hedges, fountains,water courses. We visited the Alhambra in January, so nothing was green or in bloom.

The Palace Nasrid was next. To visit, the entrance is even more organized.Those who do not book an exact entry time won’t enter the palace. We booked at 3:30 p.m. At 3:08 p.m., a large crowd was waiting in front of the palace entrance already. At 3:30 p.m., the entrance began, it had a bit of a herd feeling!

The palace is huge, and contains beautiful carvings, on ceilings and walls. One thing was missing, however, and accordingly our enthusiasm was limited again: none of the countless rooms showed how people lived. Where was the kitchen? How did they cook? The bedroom? Yes, did you sleep in beds, or on straw? Where did they go to the loo? All questions of daily living, and it would have been interesting to experience this. Unfortunately, there was no information about it but a human guide would have filled those gaps I suspect.

Surely when you go to Granada you have to visit the Alhambra. But: much more beautiful, more tangible, more imaginable is something else: Sacromonte!

Flamenco is said to have been born in Andalusia. More specifically, in Sacromonte in the Caves. Created by the gypsies!

Above Granada, after crossing the Albaicin district (also a World Heritage Site) by foot, turn right to Sacromonte. From the city a good one-hour walk over cobblestones, you enter the former cave area, where families still lived until the 50s of the last century. The area has now become a museum. It’s very well done, vivid. The visitor can access the individual caves, these are furnished. You can see how the people lived. There are printed 30 (!) page folders in different languages with detailed explanations about their life, their profession, animals, nature, plants, stones – i.e. geological formations … the visitor gets a detailed picture of how life was in Sacromonte.

In comparison to the Alhambra; a highlight. And our real star in Granada. Thank you Sacromonte!

Granada itself is a charming city. Shops, restaurants, the main roads closed, and only accessible for buses and taxis. Relaxed strolling guaranteed. The history of Granada is colorful and turbulent. Everyone has set a foot: the Arabs, the Catholics, the Romans, the Jews. Muslims. Moors. And Napoleon, even him. Details on Wikipedia

It’s well worth an overnight stay: If you want to treat yourself to a little luxury, I recommend the Hotel Palacio dos Patos. A former townhouse, converted into a 5-star hotel. Very stylish. With spa, sauna, pool. Located right in the city.

Granada is worth a trip! Thank you for a nice time. 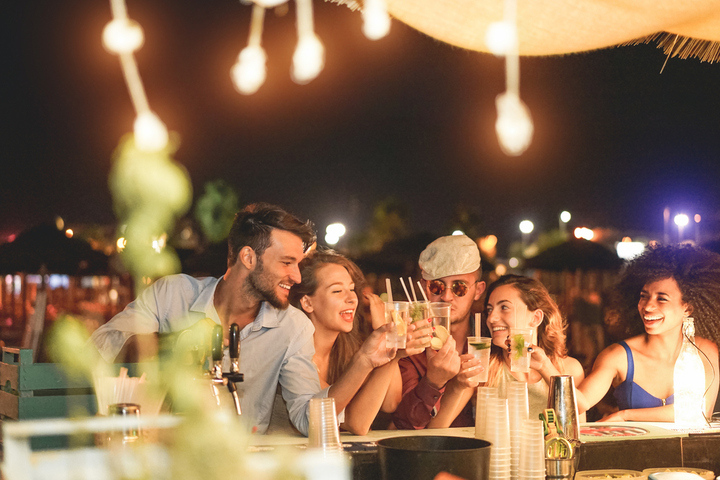