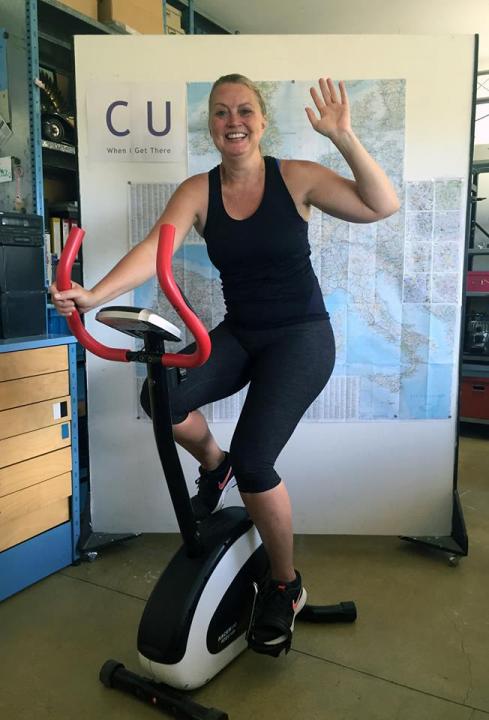 September is World Awareness month for Alzheimer’s. Saskia Vervoort is one of our Dutch members and has found a unique way to raise money for charity and get fit at the same time. Saskia is cycling “virtually” in aid of Alzheimers Research, including a detoured “visit” to the Alzheimer’s Research centre in Cambridge, England. Find out more about why she is cycling and how you can support her ‘CU When I get There’ challenge.

Saskia is cycling 5,000km from Amsterdam, via the UK, and back to the Costa del Sol (Spain) where she lives to raise money for Alzheimer’s Research – and she won’t be leaving her front room!

Saskia Vervoort is doing the virtual cycle on her exercise bike and is clocking up the kilometres as she goes whilst also mapping out a route along the way so she can stop and virtually visit her friends and drum up support from them and local businesses along the way.

She aims to cycle at least 22 kilometres a day and has set herself a target of a total of 5,000km to be completed by the end of the year.

Saskia began cycling at home in the New Year. She cares for her husband Christian who was officially diagnosed with Alzheimer’s disease eight years ago. His illness has been fairly progressive and she is now unable to leave him alone for long periods of time and because of this had to give up visiting her local gym. Instead she bought a home exercise bike and began cycling at home.

“At first I just wanted to get some exercise to make myself feel better as it was frustrating not being able to leave the house to go to the gym as I did before.” said Saskia.  “I started cycling every morning and recently realised that I had clocked up nearly 2,500 km, which when I put on the map I had cycled from Malaga back to Amsterdam where Chris is from. So I thought why not give myself a challenge and raise money for an important charity by cycling back to Malaga and getting people to donate along the way. 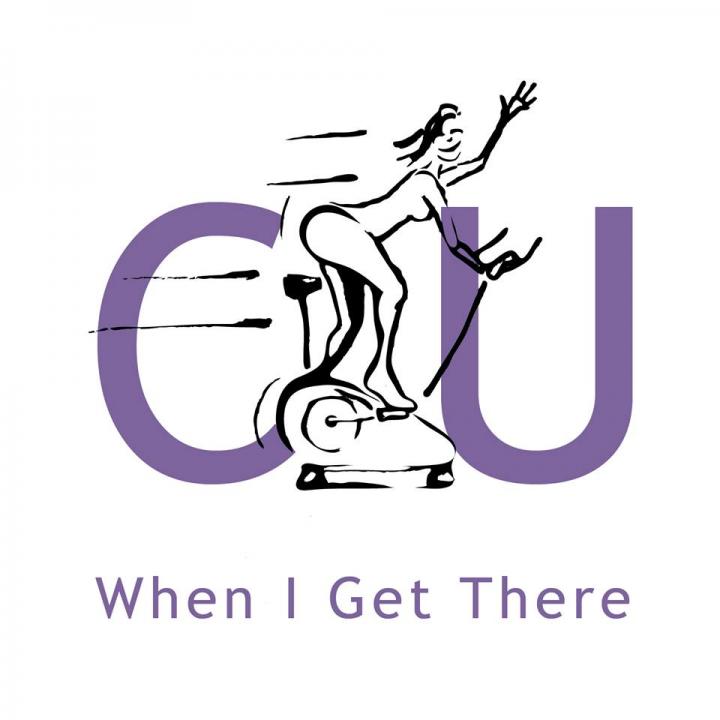 The idea is via her CU When I Get There facebook page Saskia will announce which town she will be visiting and invite people there to buy her a sandwich for her lunch, or some new trainers or a puncture repair kit for example and donate the money for that to the collection set up the C U When I Get There website. She is asking them to send in their photo and CU sign to the facebook page so she can thank them. Anyone can join in by liking the page and also invite or tag friends to like the page in the areas she is passing through so they can follow her journey.

She aims to complete the final few kilometres at the end of the year by taking her exercise bike to her local bar in Coin near Malaga, where she can end the tour amongst friends with a finishing party and well-earned drink!

I am proud of the way Chris tries to make the best of his situation but the daily care was becoming an emotional burden for me and I needed a release and decided to start working out again.

And track her progress 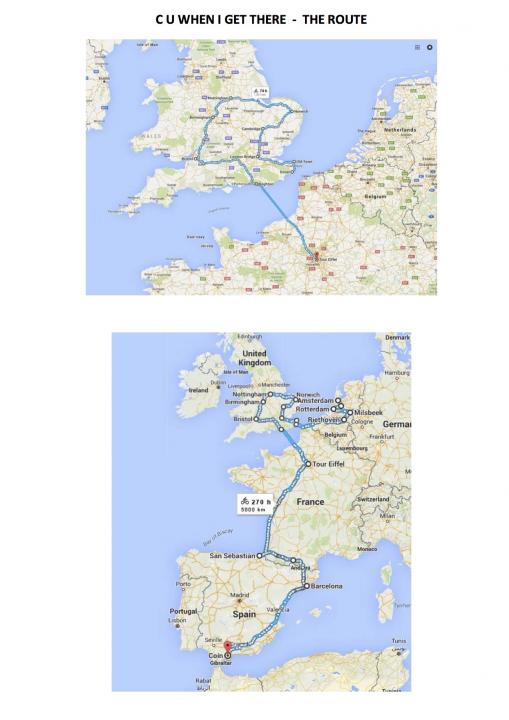