During the week beginning  13th May, you might have noticed the BBC covered the topic of menopause in great detail on the BBC Breakfast slot.

The 5 day feature was a risk-taking project to be fair, but the research team had been well aware that over the recent months each time the subject was talked about, the viewing figures went up.

With statistics like that you can begin to get a feel for why we need open conversations. Menopause isn’t just an issue for women. Men should be aware too so they can support colleagues, friends and family.

I am currently working on the digital marketing for two key projects in the UK – Henpicked & Menopause in the Workplace, who had been invited on the program mid week. Consequently I needed to be in the front row of the action.

For me personally this didn’t just represent creating a conversation about a subject I’m passionate about, it also incorporated my skill-set, finely tuned over a decade long learning curve, giving me the nickname of a #SocialMediaNinja.

But, could I live up to the title when it mattered most?

I was up at 6am every day just to make sure I didn’t miss a vital sound bite that would give me the edge. Multiple devices logged in across three platforms and three accounts. I was in the business of menopause and I meant it.

A little background as to how I ended up re-living my student days last week and lived in my pyjamas and only left the building for more wine.

I am peri-menopausal and have been for around 6 years, although my kids would put it more around the 10 year mark – they could be right, it’s a hard one to define where I finish and my perimenopause starts. 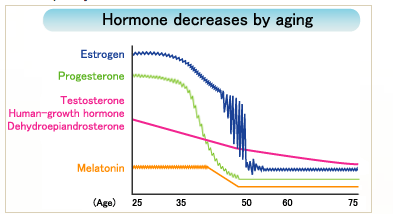 During this hormonal mayhem I have discovered a lot about my own journey and observed a few of the women around me also experiencing many similar challenges but not realising it’s down to menopausal transition.

Menopause itself is just one day – yep – one single day. Medically defined it is 12 months without a period. The day before that you are pre menopause, the day after you are post menopause.

But what oodles of us don’t realise is that the route to menopause can be many many years of very peculiar symptoms, that you don’t collate with hormonal decline. Hot flushes are probably the last thing that pop up in most cases, and actually they are one of the 35 plus symptoms I haven’t had. 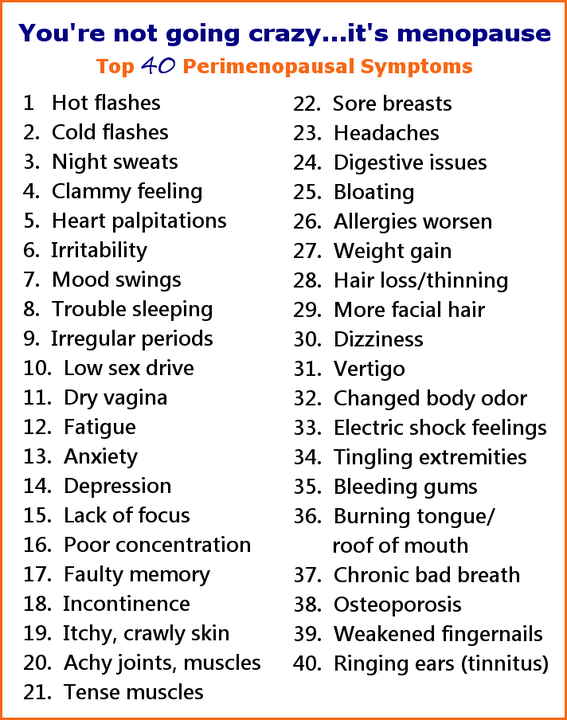 Perimenopause can start around 38. Perimenopause, by the way, is the relatively new word adopted in 1996 to categorise the change in hormone levels during the years before menopause itself.

The average age of Menopause is 51, but there is a need to make women aware that the time leading up to it is just as, if not more, impactful on your life than menopause itself and beyond.

Last year I decided that I wanted to find a way of helping women to be ready and aware of the different ways you can make this transition healthier, safer and happier for you and the people around you. I started a small project of my own called the Menopause Directory, which is, and as it continues to grow will be, a yellow pages of all things menopausal. It’s still in it’s infancy, and comes under the umbrella of ‘progress is better than perfection’ right now.

However, as I started to build on the social media profiles, both Facebook & Twitter I found myself making waves quite quickly. I’m blowing my own trumpet a wee bit, but I was clearly hitting a niche that liked my style of social, although I was struggling with what direction to take the website.  I ramped up the Twitter side of things just before Christmas, not because I was in a bad mood with Facebook particularly, but Twitter is where it’s at with key menopause conversations, so that was the road I went down.

My 2019 word of the year is Collaborate. It seems Twitter knew this and so did Menopause, as very soon I was approached by Henpicked to work alongside them and their other project called Menopause in The Workplace.

Fast forward 4 months to the week that was #BBCMenopause.

Hashtags and @mentions were flying left right and centre. Choosing the right conversations to re-tweet was essential. There was no room for error.

By Wednesday morning the production team were overheard saying my name and the message was passed back to me “thank you so much for helping to raise the profile of #BBCMenopause, we didn’t expect to trend on Twitter every day”.

It’s a small victory, and I don’t have a medal, but it felt like an Oscar to me.

More importantly several women and two GP’s (one who was featured on the program) have taken the trouble to say thank you for the information that I have been able to provide them on social media, supported by a great team of meno experts at Henpicked (authors of Menopause: The Change for the Better).

I feel privileged to be riding the wave of menopause at this important time in our worldwide communication history. A time when awareness of many health issues is at the forefront of the conversation, and changes for the good are happening in front of my eyes.

You could say it’s where #CyberGran meets #Menopause and this is just the beginning of a whole new adventure.