20 THINGS YOU DON’T KNOW ABOUT ANDORRA!

Andorra, officially known as the Principality of Andorra, is a sovereign landlocked microstate located in the Eastern Pyrenees between France and Spain. It has an area of about 467 square km (180 sq mi) and a population of approximately 85,000 people.

To put things into perspective, the whole country is about 2.5 times the size of Washington, D.C. and can be driven across in less than an hour.

Here are 20 things you didn’t know about this small and enchanting country! 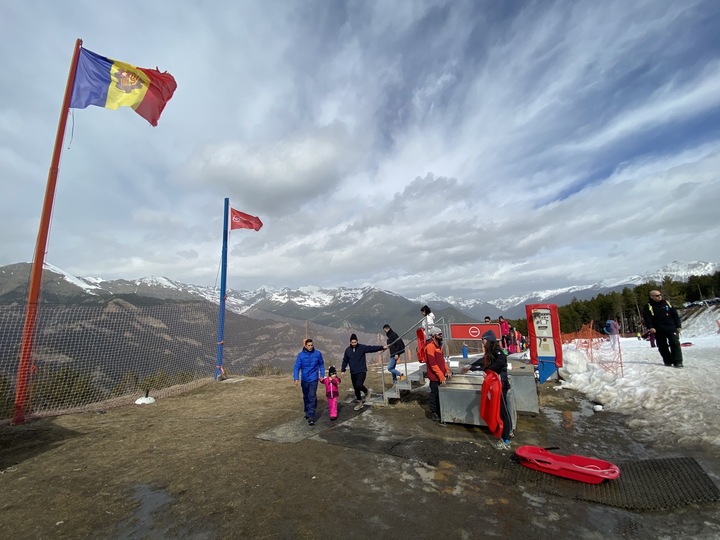 1.) Andorra is the world’s only co-principality meaning that it is governed by two Heads of State who share the title of ‘Prince’; the Catholic Bishop of Urgell in Catalonia, Spain, and the President of the French Republic.

2.) It’s the 16th smallest country in the world by land and the 11th smallest by population.

3.) Andorra has no airport. Most people travel in by bus or by car from Barcelona, Spain or Toulouse, France. Both major cities are located about 2.5 to 3 hours driving distance from the capital of Andorra la Vella.

4.) With a population of only 85,000, Andorra has the most tourists per capita in the world. The country’s almost 300km (180 miles) of ski slopes and its tax free shopping attract over 10 million tourists a year.

6.) Andorra is the only country in the world where Catalan is the official language.

7.) Only a third of people who live in Andorra are Andorran. The majority are Spanish, Portuguese and French.

8.) The people of Andorra are trilingual by nature. They speak the official language, Catalan, as well as Spanish and French.

9.) Parents can choose from three different public educational systems for their children; Andorran, Spanish, and French. There are also two private school options that teach in English.

10.) Although Andorra is geographically speaking part of Europe, Andorra is not part of the European Union or the Euro zone.

11.) Andorra has never had its own currency or national bank. Due to special trade relationships with the EU, it uses the Euro as its currency.

14.) Andorra produces a lot of tobacco and due to its status as a ‘tax haven,’ cigarette smuggling between Andorra and Spain is common. In fact, a popular tour among tourists is the opportunity to visit and learn about the history of some of the country’s most famous smuggling routes.

15.) Andorra does not have an army or a ministry of defence. In fact, Andorra has not entered into war for over 1000 years.

16.) In the case of a national emergency, all men between the ages of 21 and 60 are required by law to serve and defend the country.

17.) The first written constitution was only signed in 1993 formerly making the country a parliamentary democracy. Andorra also joined the United Nations in 1993.

19.) Andorra has the longest ridable slide in the world at over 3 miles long!

20.) If you are anything like me and associate mountains with bears… well, I can say that Andorra is home to one bear — who is closely tracked by the Department of Agriculture.